Nothing much to do here, just avoid coming at you everything at all costs! Great stuff!

Gorgeous graphics and sound in this point'n'cliker. I'm pretty sure that the screenshot below will tell everything I couldn't express plus more :). (note, the link points to the demo version of the game, the full version is not free).

Follow the trail as it's made especially for you and listen to the soothing voice and mellow 80's music - have fun! (note that the Android version is not free)

Classic platform slash'em'up but with a small detail (to fit with Ludum dare 28's rules): you can only move right. Jumping, hitting with the sword etc is all automatic. Makes up for quite a challenge :)

Cheesy Christmas music and a cute Snata that explodes reindeer instead of err I dunno what he does with them usually :D. Funniest Xmas game of the year!

See all those physics lessons about planet movement that you hated at high school come to life with this game where you only control the planet's initial direction and speed with a goal to stay for a set time within screen limits!

RPG with minimal but really functional controls (yay!), cute sprites and music and what a friend called "The Sanxion of RPGs!". Have a go at it!

Stealthy platformer with nice art and that 90s feel with the cutscenes, looks and plays nice! Try a small chunk of the game here for free, the rest is commercial.

I could ramble for hours and hours about the symbolism of this game, its inner beauty and generally the awesomeness of it. Instead I'm going to dump you the link to play it, and ask you to play it twice as the 2nd time around (new game+) there's a really worthwhile bonus :). Terry rocks again!

Now this really put a smile on my face - a (sort of) rhythm/reaction game with the theme of 2 spies killing enemies while dancing - perhaps not the best control scheme, but once you get accustomed to it there's a lots of fun to be had :).

Made for a speed compo, this is actually a quite nice and small adventure!

Be careful which wire you cut, you got 10 seconds! Go!

One of the better Ludum Dare entries I've ever tried, each probe has 10 secs of fuel, so use it wisely!

Fun game in which you race around a circle trying to avoid the laser beam and the millions of obstacles!

A bit of an abstract jumper, as the circles get bigger you're actually getting higher. Good concept!

Reach the checkpoints in time to rewind the clock so kitty can go to sleep without the clock striking 12! Awwww!

Tempest clones come by the dozen these days (even Yak's making one for the Vita!), but this one's really well made and has a weird theme. And plays well!

You have 10 seconds to kill capitalist pigs but not be seen. So

Yes, a lot of sites felt the urge to report that this was written by Duke Nukem co-creator (and Crystal Caves I might add :)), George Broussard. Fanfares aside, this is actually a pretty neat concept, reminded me of Zaga-33 (which I sadly haven't mentioned on this site yet, but it's excellent)! So try it out!

Autorunner with upgrades? Yeah, it's lovely, go on!

Way before Angry birds existed, Crush the castle series was there, and far more entertaining (IMO). Latest installment is out, so try it out :).

Fans of Parameters should play this without hesitation. Now get going :).

Small game that's all about narrative and screwing the morals of the story. Dig in!

Same deal as Z-Rox, but with sounds instead of graphics!

Gain fabulous riches but make sure you have some arms to enjoy them afterwards! 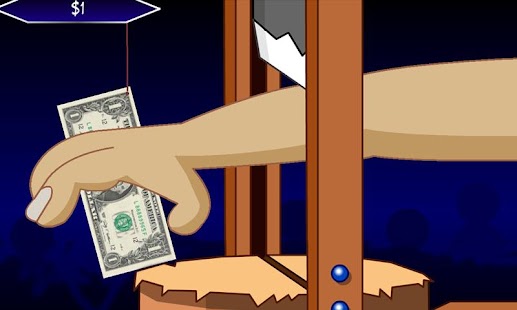